Wings a Big Hit in H-burg 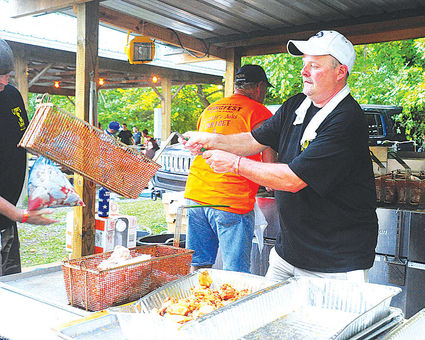 Brian Kelly (left photo) of Altoona prepares another batch of wings for customers attending the 21st District American Legion Wing Festival July 18 at Legion Park, Hollidaysburg. The event continues at the park for the next five weeks. Kelly was working at the Co'BRH's bar pavillion.