By Philip Cmor
Special to the Hollidaysburg Herald

A Look Ahead at the Golden Tigers Upcoming Season 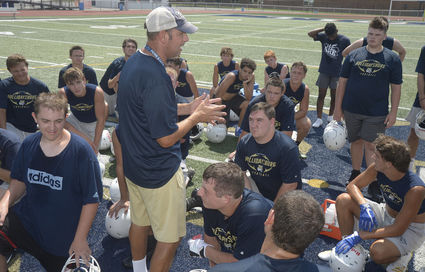 Fans of Hollidaysburg Area High School football this fall will be watching a Golden Tiger team the likes they've never seen before.

Most of the players who produced 17 wins and deep postseason runs over the last two years have graduated. Tiger coach Homer DeLattre welcomed back only four starters, and three of them – receiver-safety D.J. Heim, running back-linebacker Hunter Barr and lineman Mason Replogle – have been dealing with injuries since preseason camp officially opened last Monday.

So the lineup will be replete with new faces when Hollidaysburg hosts archrival Altoona...