By Darwin H. Stapleton
For the Herald

Hollidaysburg's Role in Early Railroading at Home and Abroad

Designer of the Portage Railroad was respected engineer 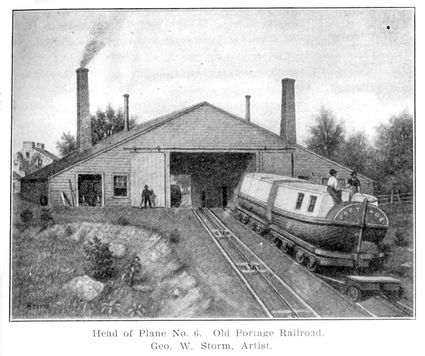 A drawing of No. 6 engine house of the Allegheny Portage Railroad by George Storm, 1839.

Hollidaysburg and the Morrisons Cove region played a small but significant role in the early history of American railroads – with effects that reached to Europe.

The story begins not in Pennsylvania, but in Virginia, with Moncure Robinson, a native of Virginia, whom a Pennsylvania state official later called the "First Master" of railroads in America. Born in 1802, Robinson attended William and Mary College (in Williamsburg, Virginia), and after graduation worked on the James River Canal west of Richmond, Virginia.

With a thirst for further knowledge, he trav...