Speaker urges States to do More Research on Marijuana 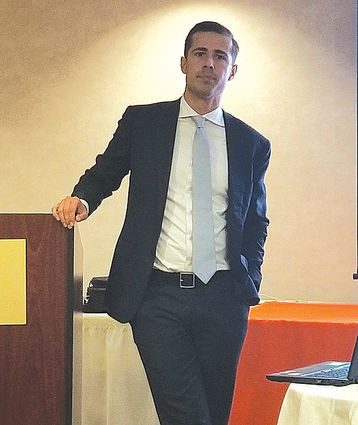 Luke Niforatos of Smart Approaches to Marijuana (SAM) said states need to rely more on science before deciding to legalize marijuana for recreational use.

Last year, Pennsylvania Lt. Gov. John Fetterman embarked on a tour of the state to gage public interest in the legalization of recreational marijuana.

One of those stops included Blair County, where people on both sides of the issue came out to voice their opinions for, and concerns against, legalization.

While the debate continues across the state, a group called Smart Approaches to Marijuana (SAM) have been making their own stops across the country to talk to people about the dangers of legalizing recreational marijuana.

SAM is a national organization that is opposed to the commercializat...