By Geoff Morrow
For the Herald 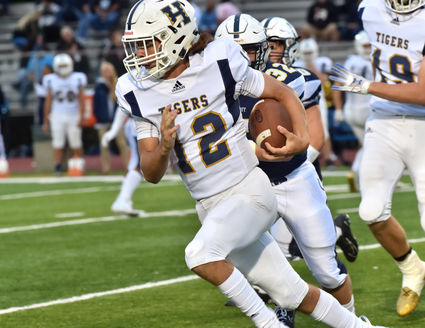 The Hollidaysburg Golden Tigers fell to 2-2 on the season when the Cedar Cliff Colts defeated them 49-8 Friday night. Hollidaysburg suffered from repeated QB sacks in the game.

Try this one: Six times in the second quarter, Golden Tigers QB Bryce Martellacci dropped back to pass. Six times he was sacked.

It was not a good trip to the Harrisburg area for coach Homer DeLattre's shorthanded roster. Already down several starters to injury, the Tigers racked up a handful of new bumps and bruises on Cedar Cliff's turf.

The host Colts, meanwhile, shrugged off a pair of lopsided losses in their previous tw...