Town's name was allegedly chosen in a coin flip 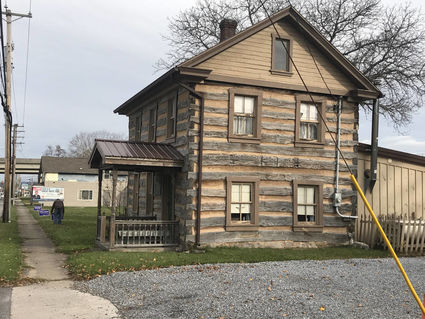 The Walters log cabin is part of a open house offered by Historic Hollidaysburg, Inc., from 3 p.m. to 7 p.m. Sunday, Dec. 6. See the accompanying story for details and more information.

Along old Route 22 in the middle of Duncansville, sits the oldest known structure still standing in the borough. Built around 1820, the log cabin was the Jacob Walters Homestead.

The Walters family settled in Duncansville before the canal days, which started in the early 1830s. According to Dave Czuba, local historian and owner of the cabin, the Walters family came out of Lancaster County as many families did and traveled west through Pennsylvania.

There were a couple of routes coming from the east. Route 22 was one of the earliest routes, coming out of Harrisburg. It was an Indian pa...