Sen. Lemon and the Lemon House

From the Morrisons Cove Herald, 1970 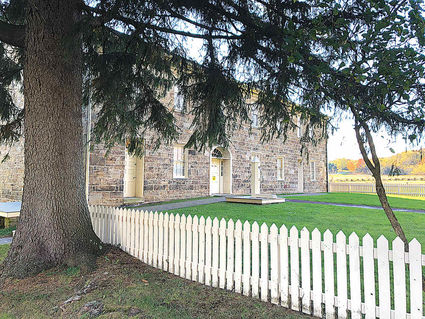 The Lemon House near Cresson was built by John A. Lemon, who was prominent in Pennsylvania politics for many years in the late 1800s. He was known as a businessman and a philanthropist.

From the archives of the Morrisons Cove Herald, October 15, 1970

One of the outstanding features of the Old Portage Railroad National Park near the summit of Cresson Mountain is the beautiful stone residence known as the Lemon House.

This structure was once a hotel at the head of Plane 6 on the Portage system and many distinguished guests stopped there in the day when the Portage Railroad and its 10 inclined planes constituted one of the engineering wonders of the world.

The interior of this building which stands just north of Rt. 22 has been modernized by the National Pa...