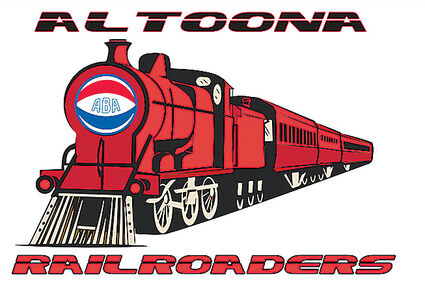 York native Rikk Coleman said that he decided that Altoona was the "perfect spot" for a new professional basketball team because of the community's love for the game. Also important was that the city is far enough from the bigger cities like Pittsburgh or Philadelphia, where there is more competition from other pro sports teams.

"It is an area where I can bring a professional sports team and give the people the entertainment that you can get at this type of event," Coleman said.

Coleman said that he has signed a number of players already but he still wants to hold tryouts in order to fill the roster completely. The tryouts will be held from 10 a.m. to 2 p.m. Jan. 18 and 21 at The Summit Tennis and Athletic Club, Altoona. Some of the players who have already been signed have played in Canada and Europe, Coleman said.

"If everything goes right, depending on COVID, we will be hosting a game on February 27", he said. Home games for The Altoona Railroaders will be held at the Jaffa Shrine Center.

The origins of the ABA date prior to the NBA. The two leagues eventually merged. Over the years, the ABA returned and has grown. It actually consists of 183 teams throughout the country. A lot of these players may have never made it into the NBA or they never got drafted out of college or high school. A lot of players go to Europe or Canada. So, this league creates an opportunity for them to stay in the United States. They play and still get looked at by the NBA. Since it is a professional sport, the players get paid and sign contracts and things like that, Coleman said.

If everything goes well with the pandemic, Coleman said that he hopes to have a few games this season in order to give the community a taste of what they have to look forward to next season.

Coleman said that he is building a schedule for next year. All of the home games will be either Saturday or Sunday evenings, with at least one home game per week. There will be about 25 home games with the rest of the games being away.

"With the ABA, we can play any team in the league", Coleman said.

All of the teams are listed on the ABA's website ABAliveaction.com and are broken down by regions. Primarily, Altoona will be playing teams in the Northeast region, but they could play any of the teams in the league. The league doesn't make the schedules, the team owners do.

"I have a number of team owners who want to come play us," Coleman said.

Coleman is searching to sign the best players that he can. By the end of the first season, he hopes to put together a championship team, he said. He wants to get to the playoffs and possibly win a championship, because he wants to build that excitement for the team.

"I always want to keep a good team. I want to create an opportunity to have something, not just for Altoona, but for the surrounding areas. Everybody can bring the kids and there will be entertainment. I want to create a good experience for professional basketball in the area," Coleman said.

He also wants to do community things such as basketball camps. He wants to make the team a part of the community, so that they can get the community support and sponsorships for the games and things like that, he said.

Towards the end of January, the team will be putting tickets on sale for the February game. Tickets will be available at the Jaffa and online.