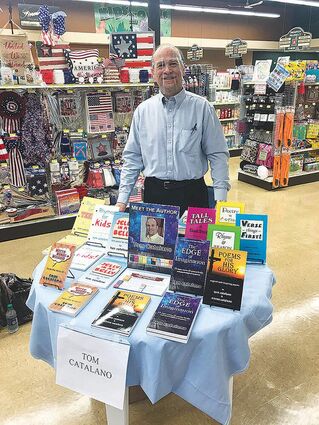 Tom Catalano had a book signing at Thompson Pharmacy in Hollidaysburg on May 3, 2021.

Hollidaysburg author Tom Catalano writes about a variety of different themes and subjects. His first book came out in 1993 and his most recent one was released in 2020.

Catalano said that his short stories are urban sci-fi, something like "The Twilight Zone." Catalano likes to put ordinary people into a surprise ending. "It keeps you on the edge of your seat, wondering what's going to happen next," he said.

He added that his poetry rhymes 99 percent of the time.

"At least half of the poems I write are humorous because I don't think life is melancholy all of the time," said Catalano.