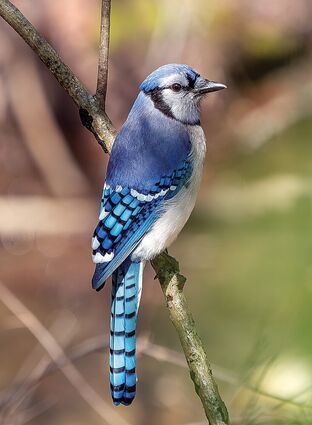 The Songbird Mortality Event – Nestling and fledgling songbirds – mainly blue jays (shown above), starlings, and common grackles, but also robins and cardinals – have been found with ocular and neurologic issues, and in some cases these birds have been found dead in large numbers. Cases have been reported from TN, KY, VA, WV, MD, DE, IN, OH, FL, and recently from southeast PA (Nottingham, in Chester County)

A mysterious disease is causing the deaths of songbirds in Southeast Pennsylvania and parts of the United States including Washington D.C., and until officials can determine what is causing it, the Pennsylvania Game Commission is recommending people remove bird feeders and baths from their property.